The Asda Foundation 10K series has enjoyed a hugely successful 2016, with more events and more participants than ever before. And 2017 is shaping up to be even better, still!

Part of the lasting legacy of the late amateur athlete Jane Tomlinson CBE, the Asda Foundation 10K Series now boasts eight incredible 10K runs – aimed at people of all abilities, whether they are a running veteran or have never taken part in an event before.

Exciting runs in Bury and Sheffield were added to the 2016 series which also featured events in Lincoln, Hull, Burnley, Nottingham, Leeds and York.

Around 35,000 people signed up for at least one of the events, with hundreds of Asda Colleagues pulling on their trainers in aid of a host of good causes.

Asda Foundation's Senior Manager said: “It’s been an absolute delight to support the 10K runs organised by Jane Tomlinson’s Run For All over the past four years.

“As well as being enormously enjoyable for all involved, the events raise hundreds of thousands of pounds for some really worthwhile charities.

“We look forward to seeing yet more Colleagues on the start line to ensure the series keeps going from strength to strength.”

How to get involved 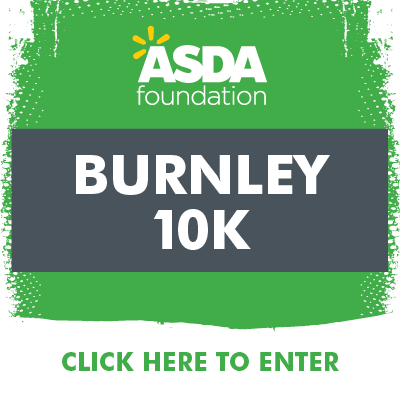 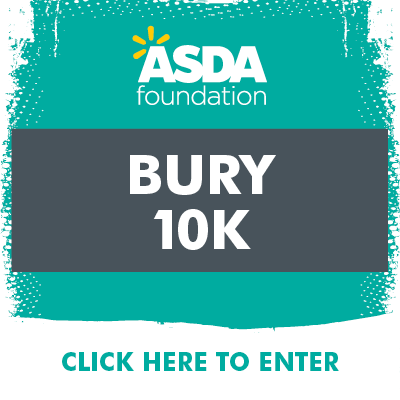 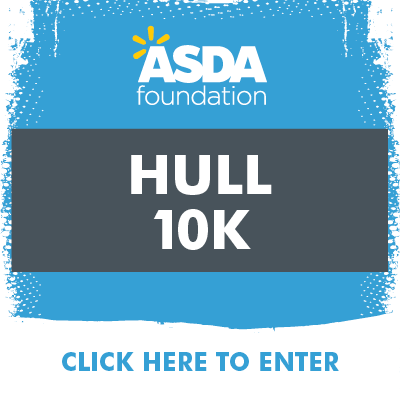 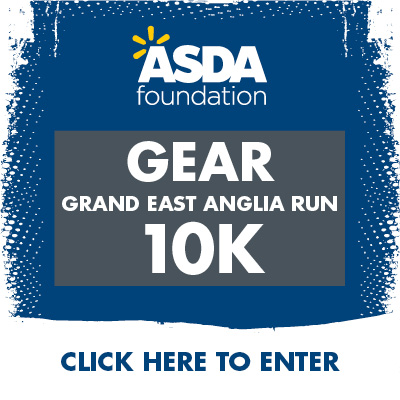 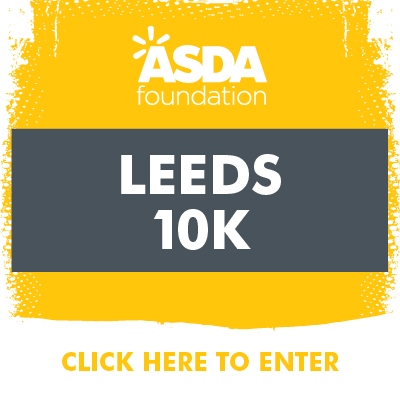 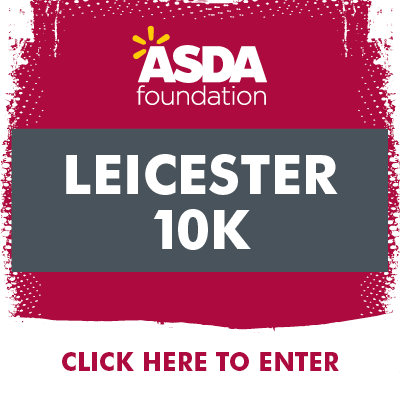 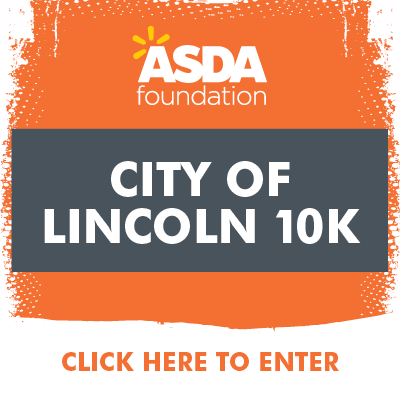 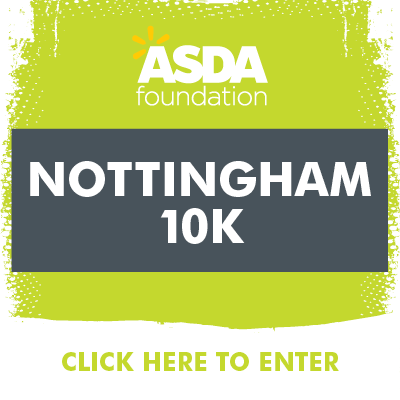 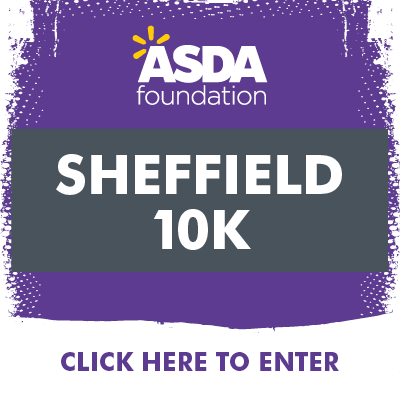 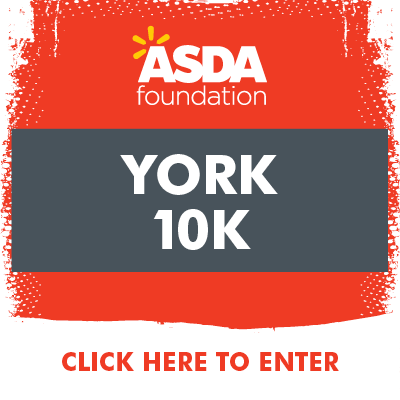 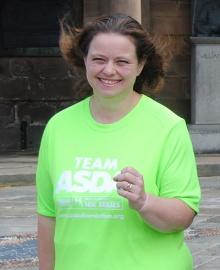 Running’s a family affair for Lisa

Lisa White, a shelf stacker at Asda’s Newark store, and her husband, Steve, took part in all 10Ks that made up the 2015 series and their children Alex, Charlotte, Katie and Melissa, were among the hundreds of youngsters who enjoyed the Arena Group Mini and Junior runs.

Since then the pair have become ‘hooked’ on running and have taken part in several of the Asda Foundation 10Ks in 2016. They’re especially looking forward to tackling the Nottingham 10K in 2017 – which they unfortunately had to miss in 2016.

Lisa said: “We all feel fitter and healthier and we had a great time taking part. The events were friendly and well organised and attracted people of all abilities.”

Since its launch in 2010, the Asda Foundation Hull 10K has gone from strength to strength, thanks in no small part to volunteers like Tina Smales.

The Community Champion at the Beverley Road store in Hull, Tina and other colleagues have been enthusiastic supporters of the event, helping out with a range of jobs including handing out water, baggage storage and giving people their goody bags.

Tina said: “It’s one of my favourite events of the year. The atmosphere is excellent and it’s great fun to be a part of it all.

It can be quite hectic in the baggage area but it’s a good place to be because you get to see colleagues and other people you know who have run. I would urge all colleagues to get involved in some way or other because it is a fantastic day.” 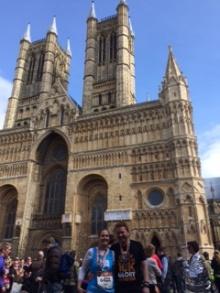 Colleagues from across Asda were keen to get involved; with ALS Colleagues among those inspired to take their places on the start lines.

Danielle Yates, 29, from Pontefract, pulled on her running shoes at the Leeds 10K and York 10K as part of her training for a half marathon in September.

Danielle, who works at Asda Yorkshire XDC in South Elmsall, ran the Leeds 10K with her sister Jaimee, to raise funds for the Alzheimer’s Society as their granddad suffers from the illness.

She said: “The Leeds 10K was fantastic and has benefited me as I never thought I would be able to run it in 1 hour and 19 minutes. It has filled me with lots of confidence.”

Asda Foundation 10Ks helped Debbie Worthington and her husband Joe, clock up the miles after they set themselves the challenge to run 500K in organised runs to raise £10,000 for the Multiple Sclerosis Trust charity.

The cause is close to Debbie’s heart, as 2015 marked 10 years since she was diagnosed with MS.

“The MS Trust is a great charity that makes a difference to so many people’s lives by making unbiased information available to people with MS and providing training for the specialist nurses that keep an eye on us! Ten years on from my diagnosis I decided that it was time for us to set ourselves a challenge and say thank you.”

Among the many events tackled by the couple were Asda Foundation 10Ks in Leeds and Lincoln, the Leeds Half Marathon and the Yorkshire Half Marathon-Sheffield. 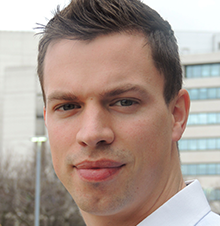 Keen footballer Daniel Harrison has a clear goal this summer – to complete his first 10K. The 30-year-old supply chain analyst, who has worked for Asda for 7 years, plays for Bardsey in the West Yorkshire League on Saturdays.

But he will be swapping his boots for trainers when he lines up for the Leeds 10K. Daniel, whose friend’s son Edward has leukaemia, said: “I fancied having a go at a 10K and it’s also a chance to support such a good cause as the Jane Tomlinson Appeal. I generally keep fit and I am looking forward to the run.” 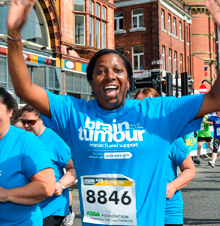 Lesley has taken part in each Leeds 10K since its launch back in 2007 after being inspired by Jane Tomlinson.

Lesley, 47, from Leeds, last year ran as part of a team raising money for Brain Tumour Research and Support Across Yorkshire after the brother of one of her colleagues passed away suddenly.

Lesley’s team raised hundreds for their chosen cause and said they enjoyed every minute – so much so, she says she’ll be back for an eighth time in 2014. 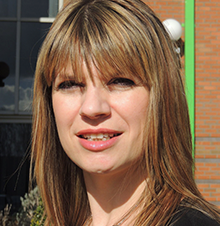 Stores services team member Joanna Scatchard is making her debut in the Asda Foundation Leeds 10K to raise money for her friend’s six-year-old son who last year was diagnosed with cancer.

Little Joseph Lillywhite was diagnosed with stage 4 neuroblastoma, one of the most cancers in the UK among children aged under 5. There are on average two new cases every week.

Cash raised by Joanna, an asset assistant who has worked for Asda for 5 years, will help Joseph, who is now in remission, should he need further treatment. Should it not be required by Joseph it will be used by the Neuroblastoma Children’s Cancer Alliance to support families access the best treatment available.

Joanna, 37, who lives in Leeds, said: “I have never entered an event like this before and I’m really looking forward to it. About half our team has entered and we are all supporting each other.”